Major supply contract for Rare to Bakubung Platinum Mine

The Rare Group completed its contract to supply and install thermoplastic piping systems at De Beers’ Debswana operations in Gaborone, Botswana. These piping systems included materials such as polyvinylidene fluoride (PVDF) and polypropylene.

This facility, a new diamond cleaning centre, is being installed to enable De Beers to use new, ground breaking technology to clean over 95% of the world’s diamonds. Previous methods allowed only “first cut rough” to 98% efficiency, but the new technology should increase final product output remarkably, thus increasing profits.

More than 1400 welds were performed during this project, with less than 1% being re-worked. Some welding was performed in very difficult spaces, such as inside a ceiling space, to fixed connections on pre-positioned skids, and in vent ducting take-offs. 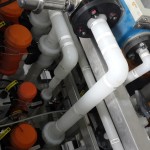 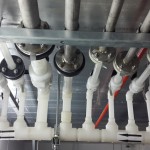 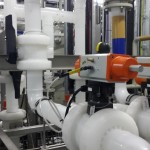 Read more
This template supports the sidebar's widgets. Add one or use Full Width layout.